One of the most beautiful things
I have found
Is to be able to let go of the past
And move on –
But never forget the past.

For by the very act of going
They left something with me
That will live in me forever…
Forever is a land of goodbyes
And new beginnings.

Seven times we spoke out our love
And it was done
Readily we tread where doves still rove
Steadily we dance on into the grove
Within the sun, upon
The vow of a million and one words unspoken
Veiling the secret that dreams on unwoken
Tomorrow our love-vow shall reappear, unbroken,
And we shall be one.

How much of it is left?
How much of the mist
Still revisits my mornings
Before my thoughts come calling?

From afar, I
Mean from gazing
Across time, it
Is a wonder to hold in
Your heart a
Thing that never
Fades, never
Weakens, changes
Never, teaches you how

To know the
Things you really
Love. They are the
Ones you never
Forget.

This carry with you as you mature
Measure with this everything you nurture
The camera behind your mind
Will click and capture
A lifelong picture
Of the things that slipped through,
The people and places that got to the core of you.

It will continue to happen inside, an observant lake
Like another part of you.

Inside each liquid mountain
Within each luminous elevation
Is a heart
Of gold, of fire, of love…

So love me forever, my dear.

How do you stop loving someone? How do you forget her eyes and her face and her secret smile and the unwordable look she bears upon her countenance?

How do you stop loving someone? How do you uproot love from your soul? A love that wants to remain. Someone who loves you so. A union that begs for fulfilment. How do you not continue an ancient story in a modern world? How does an old tune not give birth to a new tale? How does a stream die?? It just resurfaces in other places…

How do birds of one wing not visit heaven together? How does loneliness not seek itself? How does fire not burn? How do sowed seeds not grow? How can you restrain the moving sun, unless you first stop the rotation of the earth…? But then how so many other people die, how many other things are lost?

How do waterfalls desist from falling? Two elephants in one heart, two hearts in one elephant. If you kill the elephant and open the heart in order to understand this phenomenon, what if they all die, elephants and hearts?

How do you stop loving someone? I don’t know.

SOI AND TEMI were friends right from the very beginning, friends forever, friends for life. They explored the ancient forbidden caves together which none may enter who wish to remain unchanged. But whoever enters and emerges alive will never ever be the same again. The thirst for adventure, the hunger for something new, bid them enter these caves, and together they did, like they had, united, entered every adventure before, brother with brother, friend for friend.

No-one ever came to know what they experienced within the caves, no-one, but indeed when they emerged a wondrous change had been wrought upon Soi and Temi. For upon the face of the quiet, philosophic Soi where peace and calm had been wont to rest, there now raged flashing thunder and restlessness beyond compare! But whereas Temi had entered the caves impetuous, carefree and wild, a rested sage with weathered eyes came walking out instead.

It did not take them both long to understand that they no longer got on with each other like they had once done. And all who met them now, who once had known them before they visited the ancient, forbidden caves, could not but marvel at this uncanny development: For save for their faces and save for their names, Soi had become Temi and Temi had turned to Soi. Indeed they might as well have switched identities. But – and here’s the wonder – whereas quiet Soi had interwoven well with carefree Temi, the new Soi, the restless, was a stranger to the new Temi, the silent, and vice versa.

The mystery of opposites, parallels and poles began to dawn on the people; for characters which had once so perfectly blended were now as distant as the poles. And clucking and clacking and clicking-a-clack the elders and superstitioners verily nodded and wisely declared that the knowledge of the ancients can never but never ever prove wrong: None may enter the ancient forbidden caves who wants to re-emerge the same! But neither Soi nor Temi heard them speak, for they were already a-separated and a-gone, the formerly peace-loving Soi to now be a warrior fighting on distant battlefields in the cause of unknown folk; the one-time aggressive Temi to traverse faraway lands, teaching strangers how to love and about peace.

Moments, as they are wont to do, passed by quick in time, hurrying through the modules of mortality; and before the stars had fully registered the change, the warrior Soi, at the head of a battalion of fiery foreign legions, came a-thundering into a land which for long had provoked their warring skills.

Burning and a-looting and a-screaming and a-hacking, they emerged victorious one phase after the other of battle, until they entered the capital where a mysterious sage preached calm and love and gently enjoined peace on all, attackers and defenders alike.

A brief din in the battle… Soi and Temi stood one before the other and neither recognised his brother, for if times change a man, his profession will change him even more.

The softly spoken words of the strange, gentle preacher finely pricked the conscience of the fiery, impatient warrior, for he too well remembered once long ago when he had known them true. But rather than yield to their truth and risk appearing a fool – which he never would have appeared, for it is the fool who resists truth and the great man who bows down – he drew his sword and struck at this disturbing preacher with very mortal mien!

But, lo and behold, the preacher was neither surprised nor unprepared for the attack, for he too could well remember how hard it is for an unrestrained heart to accept that it is wrong, since he himself once upon a time one such brash heart had been. But neither too had he forgotten the ways to fend off a blow, for once a fighter, always a fighter indeed.

He dodged the lethal blow and fled. But the inflamed warrior pursued hard, accompanied by seven of his soldiers.
Hills, plains, woods were met and left behind as the warrior and his horde slowly closed the gap between them and the preacher. Finally, mounting a plateau, they surrounded the fleeing preacher.

However, among the warrior’s seven soldiers, there was one whose heart had been secretly but deeply touched by the words of the preacher. And as he saw the preacher about to be knifed down by their daggers, he suddenly turned on his own men and slew two with a double-dealt blow. In the confusion that ensued, the preacher, seeing his chance, picked up a fallen dagger and turned on the warrior.

Their fight was brief for, wonders oh, the preacher was a warrior too and an even abler one than his once dear friend, the one time philosopher; and now that his death seemed a-near he’d quickly shed his gentle ways and a reckless fighter lay unveiled!

It was only as the warrior crashed down and lay upon the ground, dying, dagger incisions in him, his red blood a-pooling, that the senselessness of his legacy and the futility of his quest, thus ending, arrested and animated his insight. His original self, as from a deep slumber, re-awakened – and he spoke… spoke on futility, stupidity, humanity. The battle ceased and in wonder all parties gazed at the expiring warrior for, in his hour of death, he had re-turned into a philosopher, gentle, wise and convincing.

With dimming eyes he gazed up at the eyes and into the soul of his shocked and startled killer and, in a clear flash, suddenly recognised in this reckless fighter-of-a-priest but his own old gregarious friend, Temi.

With hands still a-poised for the final blow, for indeed his old self had true awakened, Temi paused…

And then he died.

– Che Chidi Chukwumerije (There Is Always Something More). 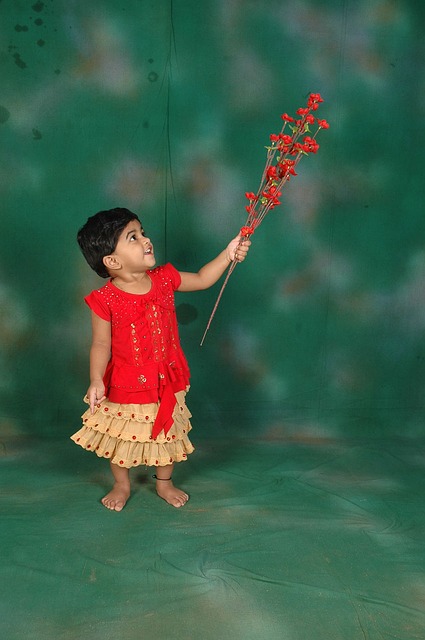 Our hearts are broken in our youths,
The pain is deep and deeply buried
Beneath our adult ways and fashioned truths;
First love and first death never are forgotten…
First hopes and first dreams, of our young hearts begotten,
Within our innermost souls are ever carried.

Our hearts are shaken in our youths,
Our melodies tempered, our vision stirred…
Amidst all in the world that hurts or soothes
We sometimes slip back again into old times
And see young smiles and remember dead rhymes –
Our backward glance is never completely impaired.

Our hearts are made and formed yesterday,
And today we continue to actualise
The longing that awakened with the early morning ray…
And though yesterday is all done and gone away,
Yet we have it with us always in our hearts everyday
As we boldly heavenwards continue to strive and rise.

Yes, our hearts are awakened in our youths,
And who or what can stop a heart?
It wants to grow; like a stem it shoots
Towards light and life, towards stimulation –
And we shall make it, through trial, tribulation
And whateverelse it be that ever be on our chart!

Forever, forever, the candle is flaming…
And laughing and rising and working, remaining the same.

Our hearts are strengthened in our youths,
If we truly choose to live!
Yesterday, today and forever are booths –
We exit one and enter the next;
And hope and promise shall always be our text,
Yes, Father Above, and our gratitude to THEE we give!

Our hearts are born wild, live wild; until the taming
Gives us depth, dimension and the truth behind our naming.