When the sadness
Coloured the smile
Of the musician’s sunshine
I saw that his joy
Had just got deeper
And the unshed tears
Longing in his eyes
Were less bitter
Than they were bittersweet
To my ears
Music to my heart
Water to my soul – his sorrow
Became the joy of my spirit flame.
That was when I saw him smile
That broke my heart.

I’m feeling down today
The perfect mood
For poetry

That musician on stage
Is an echo of the poetry
Eating me inside.

EARLY IN the morning Anosike practised the minor chords on his box guitar, his best friend, whom he called Freedom. His soul was full and empty. He gripped the strings with his heart and gradually played, first arpeggio-style, then a-strumming, slowly changing from one chord to the other, one key to the higher.

Each time he caused the strings to vibrate, each time there arose sound from the instrument, a breath of calm seemed to sink into his soul. He did not want to stop.

By the time it began to grow bright outside, he had gone through only a third of the exercise. With a sigh he dropped Freedom lightly on his sparse, rough bed and arose.

For a few moments he remained motionless on his feet. His chest rose and fell, lightly. A look of gentle, dreamy reflection was trapped upon his face, a hard, rocky face with full lips and a strong, pugnacious forehead. He had an angular skull, radiated an intense and awkward, almost overpowering crude handsomeness. His observant grey-black eyes were turned inwards, his profile was angled towards the window.

It dawned on him again, like it did every once in a while, that destiny is like a skin. It wrapped itself around you even ere you arrived. It encapsules, encloses, protects and undermines you. Captures you. Teleguides you. It limits you. It links you to your world. It is hard to shed and hard to change. It lasts a lifetime.

Once again a wry smile was his reaction to this ever-recurring moment of recognition. A wry and sad smile. Yet it was a smile of amusement. No wonder snakes shed their skin. His humour was sometimes dark, sometimes light. He suddenly remembered that he had written something into his diary sometime in the middle of the night, something about train tracks, cocoon and the birth of butterfly. He remembered the feeling of the struggling butterfly. He reached across his bed, lifted his diary, opened it and read it again. Everything came back, the nocturnal stab of clarity that subsequent sleep had temporarily blotted out. It was the same recognition that had just come back again in the skin analogy. Now he felt calmer.
He emerged, composed, out of his reflection and went into the bathroom. A normal prelude to another abnormal day.

This was how it always started – with music, unfinished, and a startling recognition that would fill him all day long. This was the cycle of his life. 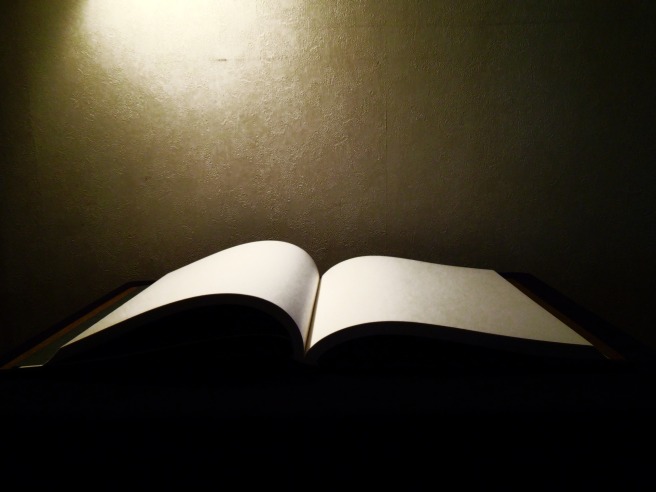 They were not decorations on our wall
We were shadows on theirs
Flickering like candle thoughts
Gathering, falling and dispersing
Like broods of clouds
When we stand across the divide
Looking at each other, it’s hard to tell
Who is real
And who is the figment of whose imagination.

Writer, did you write your book
Or did your book write you?
Artist, did you paint that look
In the eye of the portrait watching you
Or are you just a thought in its mind?
If you look, sometimes you will find
That the musician is the instrument
And the song is the conductor of his movement.

And when an architect erects a building
He is only doing so to house therein his restless feelings.